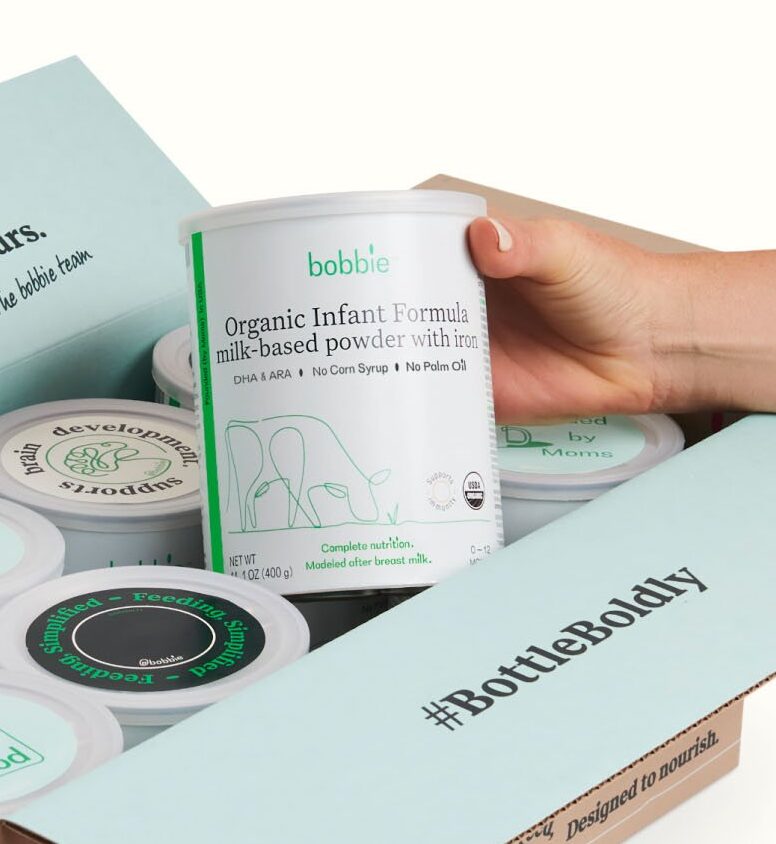 Laura Modi’s idea for organic infant formula company Bobbie came from her personal experience of being unable to breastfeed her first child.

“What you feed your child, especially if it is formula, can be riddled with guilt and embarrassment,” Modi told Crunchbase News. “The world of infant formula involves a lagging product. People are seeking out products you yourself had in the 1980s. The science has changed, and baby food is changing, and infant formula needs to catch up.”

The new funding brings the company’s total venture capital investments to $22 million, according to Modi. This includes a $2.5 million seed round led by Bolt shortly after the company was founded in 2018, and another $4 million in seed funding in 2019, according to Crunchbase data.

The U.S. baby infant formula market was valued at $3.65 billion in 2019, and is estimated to reach $5.81 billion by 2027, according to market research firm Allied Market Research.

Bobbie’s first product has been on the market since January, and its waitlist has grown to more than 7,000. Its monthly subscription is $48 per month or individual shipments are $56. The company made more than $1 million sales in the first quarter, of which 70 percent of traffic was organic and word-of-mouth, Modi said.

She intends to use the funding in three ways: product development, branding and hiring. Modi aims to leave a stamp on the Bobbie brand by starting a movement and creating a community. She also plans to add more employees. Currently, there are just over 20 employees, up from 12 just two months ago, Modi said.

“Infant formula takes years and money to get off of the ground,” she added. “We want to get back into new product development so in two to three years, we can launch more lines. We have spent a few years getting out one amazing product, but there are other babies and other needs.”

Kate McAndrew, partner at Bolt, said in an interview that the pre-seed venture firm has invested in many female founders and always has an eye out for exciting female leaders who are bringing novel, interesting companies.

When McAndrew invested in Bobbie, she was not yet a mother, so when she looked into the functional attributes of the baby formula category, she found that the cost of infant formula is more than $1,000 in the first year. In addition, that brand incumbents “were out of touch with millennials.”

“There is a whole generation of women buying European formula because they were so dissatisfied with items on the market, and that smells of opportunity,” McAndrew added. “I could also see the passion Laura had to change the whole space. Bobbie is cutting through the culture of shame and betting on women looking to evolve around who we get to be, and that is an investment I want to make. I believed in it then and I do today.”

dealsFemTechFoodTechHealthCareLifeStyleVC
By AnastasiaJune 3, 2021BioTech, FemTech, FoodTech, HealthCare, LifeStyle, VC Deals
We use cookies on our website to give you the most relevant experience by remembering your preferences and repeat visits. By clicking “Accept All”, you consent to the use of ALL the cookies. However, you may visit "Cookie Settings" to provide a controlled consent.
Cookie SettingsAccept All
Manage consent

This website uses cookies to improve your experience while you navigate through the website. Out of these, the cookies that are categorized as necessary are stored on your browser as they are essential for the working of basic functionalities of the website. We also use third-party cookies that help us analyze and understand how you use this website. These cookies will be stored in your browser only with your consent. You also have the option to opt-out of these cookies. But opting out of some of these cookies may affect your browsing experience.
Necessary Always Enabled

Performance cookies are used to understand and analyze the key performance indexes of the website which helps in delivering a better user experience for the visitors.

Analytical cookies are used to understand how visitors interact with the website. These cookies help provide information on metrics the number of visitors, bounce rate, traffic source, etc.

Advertisement cookies are used to provide visitors with relevant ads and marketing campaigns. These cookies track visitors across websites and collect information to provide customized ads.

Other uncategorized cookies are those that are being analyzed and have not been classified into a category as yet.

SAVE & ACCEPT
Powered by